As it plans a $25 million renovation project, a local private school also recently struck a deal to become its own landlord in the Museum Quarter.

Cristo Rey is a national chain of Catholic schools with 38 schools in its network. The school arrived in Richmond in 2019 and had been renting from the former Benedictine school building, which became available after Benedictine moved to Goochland County in 2013. 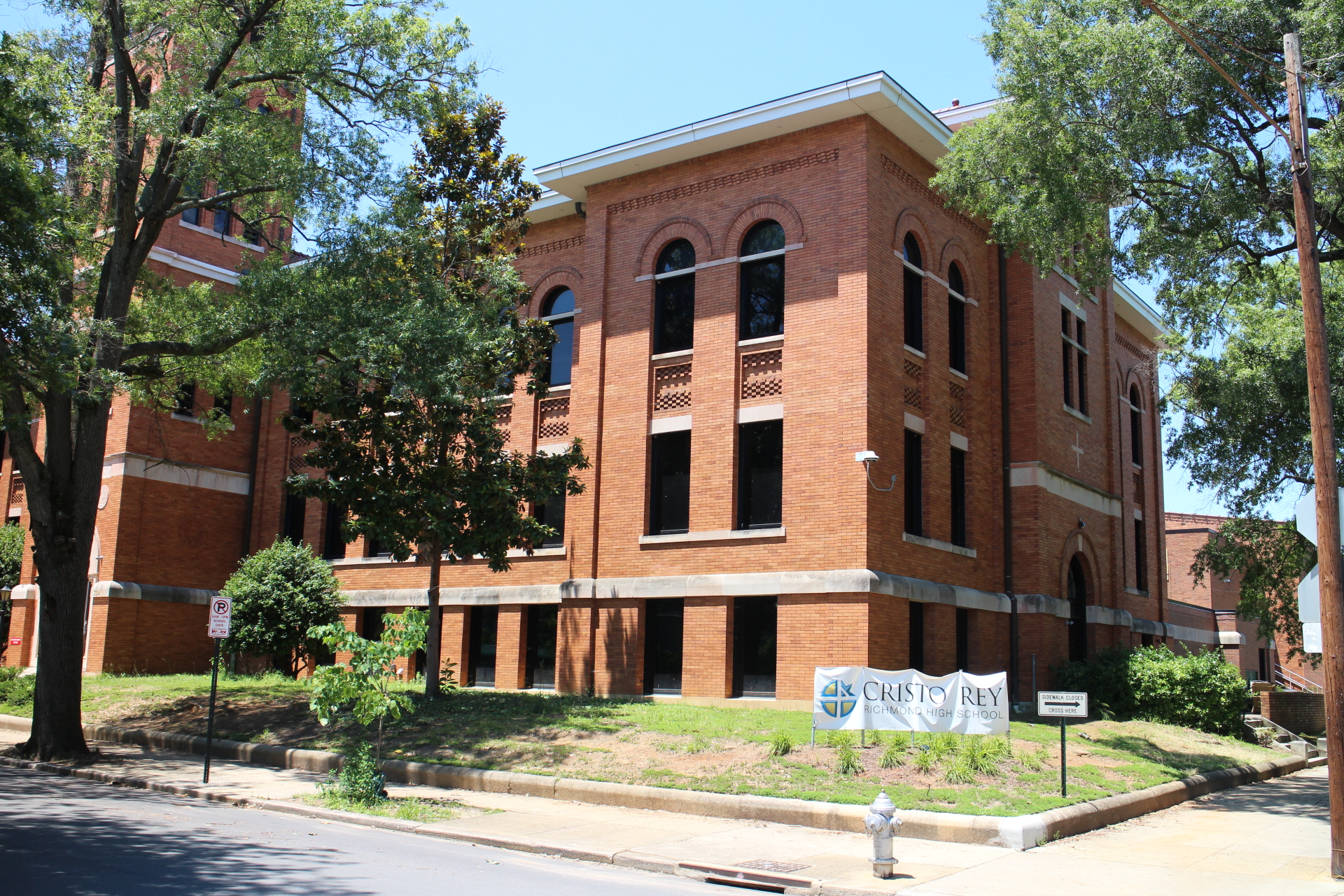 The former Benedictine College Preparatory School building has been occupied by Cristo Rey since 2019.

Cristo Rey employs a work-study program that sees students work one day a week at local businesses in all sorts of fields, including the Virginia Museum of Fine Arts, law firm Troutman Pepper, investment banking Blue Heron Capital and the Virginia Physicians for Women medical group. .

The money students earn covers more than 60% of their $15,000 annual tuition. The school also claims that with work study money and other funds raised, no student family pays more than $200 a month to attend Cristo Rey. 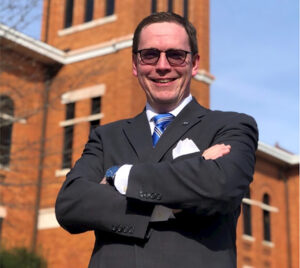 “Then over the last couple of years the conversation evolved into transitioning ownership and owning the building as an asset,” McCourt said.

Cristo Rey purchased the building in late May from the Catholic Diocese of Richmond, which has owned it since 2011. It spans 1.3 acres and was recently appraised by the city at $9.6 million.

Before renting the building, Cristo Rey had considered building a new school from scratch on the Southside, but instead signed the lease with the diocese, even though the Benedictine building needed work.

“We realized very quickly that this building is a good blessing, but we will also have to fix it,” McCourt said.

The renovations are expected to be completed in about two years and cost around $25 million. Combined with the real estate transaction, Cristo Rey is investing approximately $32 million in its Richmond campus.

The project won’t add significantly more square footage, but will allow Cristo Rey to grow its enrollment from 190 to 250 students and its staff from 38 to 45 for the 2022 school year, McCourt said, noting that they will are waiting for registrations to reach. 350 for the 2023 school year.

“The major part (of the project) is the reorganization of the existing square footage for more efficient use of space, as well as the modernization of the facility itself to serve as a 21st century school,” he said. he declares.

Quinn Evans is the project’s architect and Century Construction Co. is its general contractor. The engineering team includes Dunbar, Hulcher and Associates and Simmons, Rockecharlie, & Prince. The brick facade of the building will not be altered as part of the project, as the majority of renovations are underway inside, McCourt added. 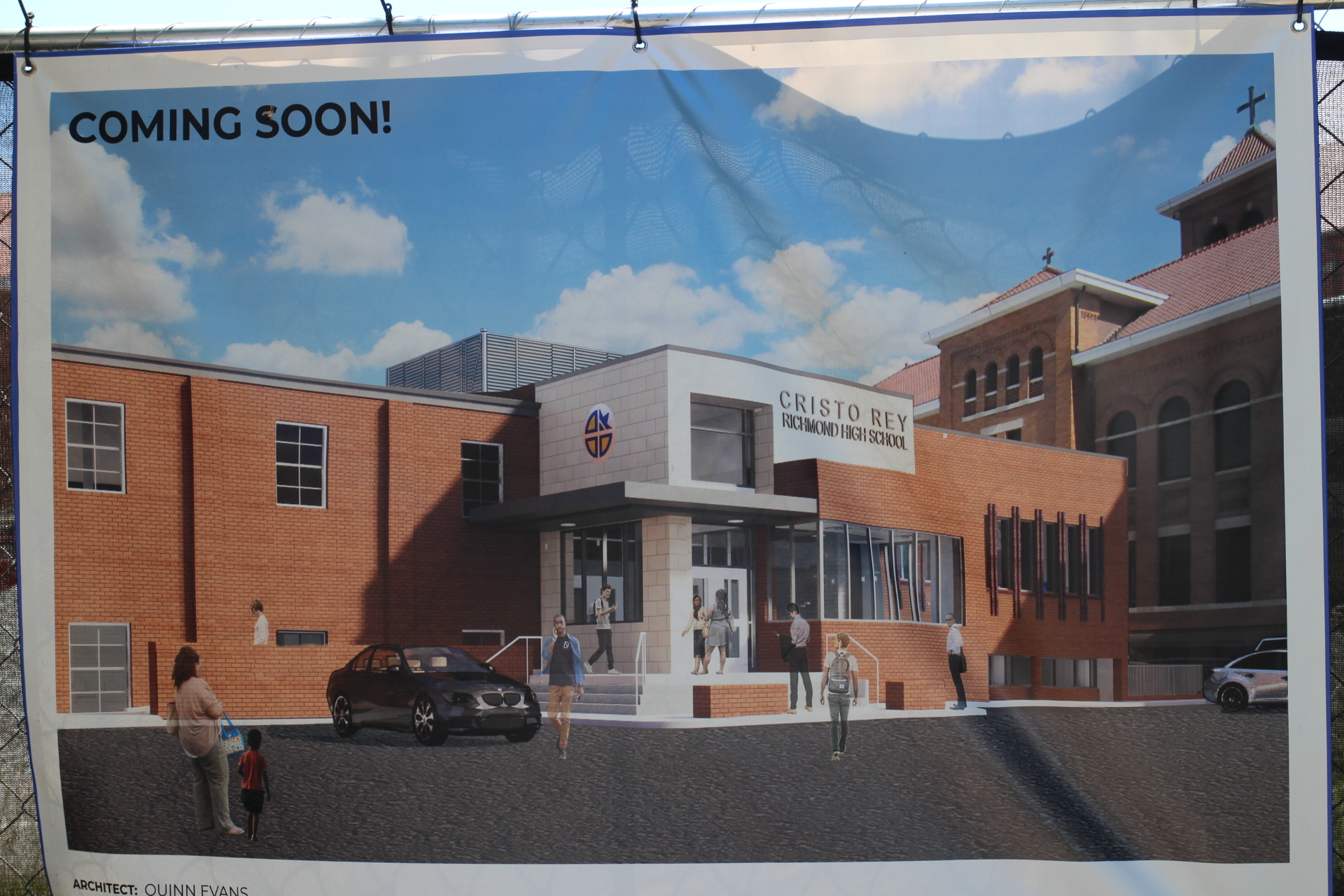 A rendering of the building’s next entrance, which McCourt said needed to be done to meet ADA standards. (Photo by Mike Platania)

“I don’t like to do small or easy things, apparently,” McCourt said with a laugh. “The need is that in order to grow the school, we need to have a facility to do that, and we need one that’s modern enough to deliver our curriculum.”

Despite the obstacles, McCourt expressed his gratitude to the Museum District neighborhood and to Richmond as a whole.

“We’re in a residential area, so doing a school project like this could be fraught with difficulty,” he said. “But our neighbors have been extremely supportive and we are very grateful for that.”

Another major renovation of a former Catholic school is underway a block west of Cristo Rey as local development company SNP Properties plans to convert the old Saint Gertrude campus at 3215 Stuart Ave. into 38 apartments.